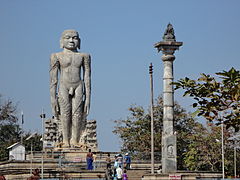 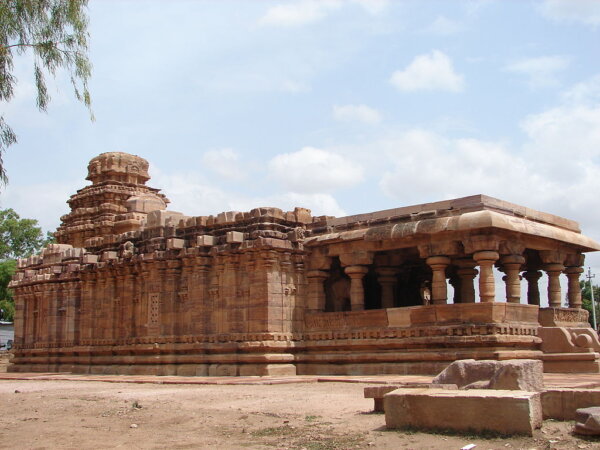 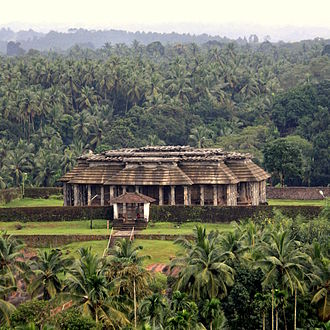 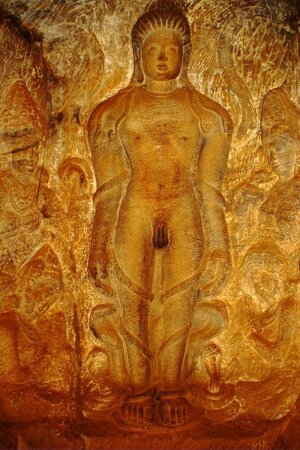 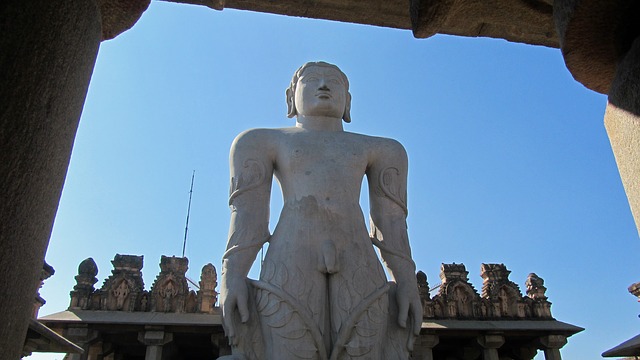 Upon arrival at Bangalore, proceed to Mandargiri Hills Jain Temple.

The temple at Mandargiri foothills is a very nicely constructed Gurumandir that has a "Pinchi'' look - peacock feather fan - externally. There is a 5 foot Guruji idol in this mandir. There are lots of paintings hanging around the inner circular walls of the Gurumandir depicting the life of the saint.

Also. there is an idol of Chandranath Tirthankara in the open air in the area adjoining the Gurumandir. It looks similar to Gomateshwara Idols in various parts of Karnataka.

There is a hill called "Mandaragiri" nearby which you need to trek approximately 435 steps to enjoy the scenic beauty of the Tumkur district from there. There is a Jain temple on top of the hill. You can also see a pond behind it.

En-route visit Panchakuta Basadi, Kambadahalli (whose name in the Kannada language literally translates to "village with pillar") for 1200 years old Adinatha Swamy Jain temple darshan. It is located 18 km away from Sharavanbelagola.

Upon arrival at Shravanabelagola, proceed to darshan of Chandragiri hill.

Chandragiri Hill: Chandragiri hill is located opposite Vindhyagiri. 14 different temples (Jain Basadi) are found on top of Chandragiri, the most prominent ones being Shantinatha, Parshvanatha, and Chandragupta Basadi.

Followed by an overnight stay.

Gommatagiri is an acclaimed Jain centre. The 700-year-old statue of Bahubali (also known as Gomateshwara) is erected atop a 50 meter tall hillock called 'Shravana Gudda'. The statue of Gomateshwara at Gommatagiri is an early Vijayanagara creation in granite. It has serene facial expressions and curly hairs. This Jain centre attracts many pilgrims during the annual "Maha masthakabhisekha" in September. The local Jains have a belief that the entire region was a bastion of Jainism at least since the 2nd Century BC. The 20 feet statue at Gommatagiri is very similar to Gommateshwara statue in Shravanabelagola (58 feet) except that it is dwarfed in size.[2] Historians attribute the statue to an early Vijayanagar period.

The main temple on the 350 steps hillock is enclosed in a fort, has four main parts, namely, the mukhamantapa, the navaranga, the sukhanasi and the garbhagriha. This temple enshrines idols of five main deities together – Parshwanatha, Padmavati, Jwalamalini, Kushmandini, and Kshetrapala Bramha Yaksha. The garbhagriha houses Bhagwan Parshwanatha while the sukhanasi houses the rest. There are 3 temples and tonks of 24 tirthankar. This temple also includes an 18-feet monolithic idol of Bahubali.

Kanakagiri is the only Jain temple where Kalasarpadosha parihara puja is performed. According to legends, Queen Deverammanni of Mysore royal family once suffered from kalasarpadosha and found relief on worshiping the Goddesses here. So, she gave the temple a unique idol of the hood of snake bearing Dharanendra and Padmavathi figures. The idol is currently placed in the sukhanasi.

Vindhyagiri:  Vindhyagiri is a large rocky hill 133 meters above ground (1002 meters above sea level). The Gomateshwara statue is located at the top of Vidhyagiri hill, surrounded by a temple complex. Reaching the top requires climbing hundreds of steps cut on the rock. Palanquin service is available to carry senior citizens wishing to visit the temples and statue on Vindhyagiri

After lunch, proceed to Dharmasthala. Upon arrival, proceed for darshan.

Dharmasthala: also called ‘Kuduma’ in the early pages is an important and famous place of pilgrimage in Karnataka. It is situated near the river Nethravathi.

Bahubali Idol – The idol is 39 feet and was sculpted by Renjala Gopala Shenoy in Karkala. This was installed in 1973 and stands over a 14 feet tall platform.

Sri Chandranath Swamy Digambar Jain Temple – Has a 2 feet high idol of Lord Chandranath in Padmasana as the main deity. An idol of Goddess Padmavati is installed in the Antarala of the temple. The temple is surrounded by pillars with carvings of elements related to Jainism.

Upon arrival, proceed for darshan and overnight stay at Dharmasthala.

After darshan and breakfast, proceed to Moodbidri and then to Karkal darshan.

It was built by chieftain Devaraya Wodeyar. This temple is known for its monolith Manasthamba

There is a small statue of Gomateshwara on the front premises.

Karkala: Karkala has several natural and historical landmarks. It is located at the bottom of the Western Ghats covered with greenery year-round.

There are about 18 Jain Basadis in Karkala, including the Chaturmukha Basadi, Hiriyangaddi Neminatha Basadi, and Anekere Padmavathi Basadi, all of which are listed in the Archaeological Survey of India. This statue of Lord Bahubali was installed at Karkala on 13 February 1432 on the instructions of the pontiff of Karkala, Lalitakeerti.

Proceed to Varanga to visit Jal Mandir. It's a very rare, 850 years old Jal Mandira in Karnataka, it's a Jain Temple, Having 4 side entry called as Chaturmukha Basadi, have to take a boat to reach there, Rainy season and after that 2 months best time to visit, the vehicle goes up Temple. Kere or Chaumukha are two more names of the same temple.

After Darshan, proceed to Udupi for an overnight stay.

Early morning, proceed to Humcha or Humbaja. En-route visit Kundadri. Kundadri hills are known for 2 reasons. First, it is said that Kundakunda Acharya stayed here around 2000 years ago. Secondly, for 17th-century Jain temple dedicated to Tirthankara. Later proceed to Humcha. This Atishaya Jain Teerth Kshetra is famous for being home to an ancient temple of Goddess Padmavati. Overnight stay at Humcha.

Early morning, proceed to Badami. Reach by afternoon. The Badami cave temples are a complex of Hindu and Jain cave temples located in Badami, a town in northern Karnataka. Cave 4 is dedicated to revered figures of Jainism. Located immediately next to and east of Cave 3, Cave 4 floor is situated about 10 feet lower and is the smallest of the four. It is dedicated to Tirthankaras, the revered figures of Jainism. It was constructed after the first three, sponsored by Hindu kings in the later part of the 7th-century. Some scholars state this cave may have been created in the 8th century. Some embellishments were likely added in later centuries until about the 11th or 12th century.

Early morning, proceed to explore Pattadakal Jain temple. The Jain Narayana Temple at Pattadakal was built during the 9th century, possibly with sponsorship from the Rashtrakuta King Krishna II or the Kalyani Chalukyas. Unlike the other nine temples, the Narayana temple lacks Hindu deities and intricate panels of the other nine but instead has a statue of a Jina carved into the north side kapota eave.

Later proceed to visit Aihole. Over one hundred Aihole temples are Hindu, a few are Jain and one is Buddhist. These were built and coexisted nearby. The site is spread over about 5 square km (1.9 sq mi).[9] The Hindu temples are dedicated to Shiva, Vishnu, Durga, Surya, and other Hindu deities.

Proceed to Hospet for an overnight stay.

After breakfast, proceed to visit the Jain temples of Hampi. The Ganigitti Jain temple is near Bhima's gate in the southeast of the urban core section of Hampi is an 800 years old Jain temple. It is dedicated to Bh. Padmanatha.

After breakfast, check out from your hotel and proceed to Bangalore for the drop.