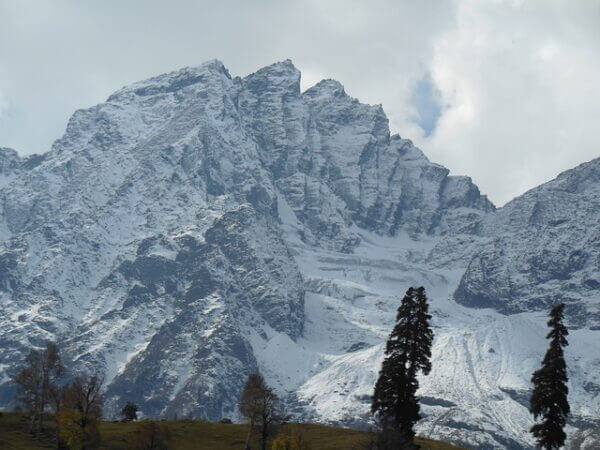 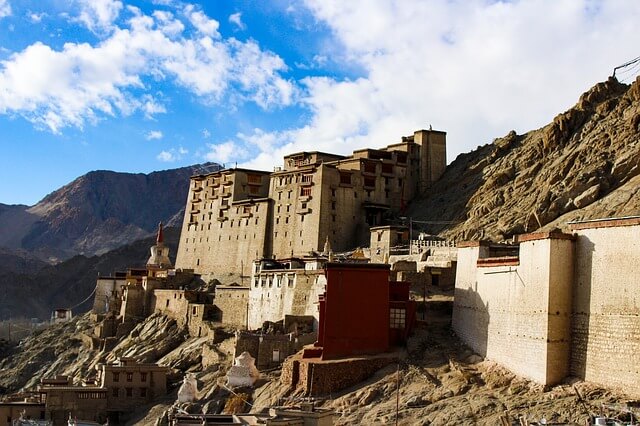 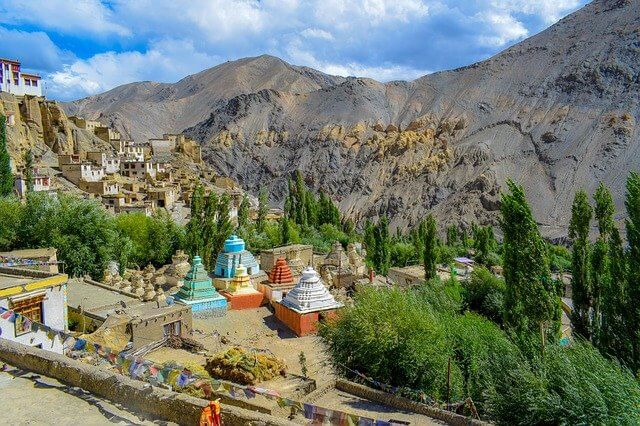 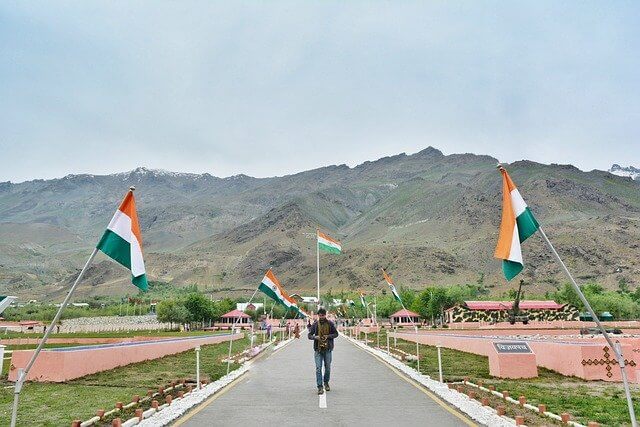 Pick up at Leh Airport you will meet by our representative and transfer to the Hotel for Check in.Complete day for rest and leisure to acclimatize. Evening Visit to Leh Market & SHANTISTUPA. Dinner & Overnight at the Hotel.

After breakfast you drive downstream along the River Indus on Leh – Kargil Highway. And start our sightseeing with Hall Of Fame (Museum Constructed by India Army) near Leh is worth a visit for every Indian, and proceed further to Gurudwara Patthar Sahib at an altitude of 3600 Mtrs about 22 Kms from Leh was constructed in memory of Guru Nanak Dev ji Nestled deep in the Himalayas, A drive of another 4 km will take you to Magnetic Hill which defies the law of gravity. As you move ahead from Magnetic Hills, just before Nimmu Village, there comes a famous Sangam (Confluence Of Two Rivers) Indus River coming from Tibet (left) and Zanskar River coming from Zanskar Valley (right). Zanskar River is known for its famous Chadar Trek. Later we drive back to Leh. Dinner and overnight at Hotel in Leh

Today I will drive to Nubra valley in the morning, driving over the highest motored pass in the world. Unforgettable drive to the top of the world's highest motor able mountain pass Khardungla and recorded in the Guinness Book of World Records, at a height of about 18,300 Ft Enjoy unbelievable but true spectacular views of the Himalayas. We stop at the pass to click some photographs of the fantastic view, before driving down into the Nubra valley. The valley is situated on an old caravan route at the confluence of the Shyok and the Nubra rivers. You will arrive in Nubra in the late afternoon and transfer to check in pre-book Camp or Hotel. Later drive to visit the charming valley of Deskit – the tiny capital of Nubra. We will visit the Deskit Gompa, perched on a rocky spur above the village, with a commanding view of the entire valley. From Deskit we will drive to Hunder past an area of sand dunes and get acquainted with the famous Bactrian camels. This small population of shaggy double-humped animals, which in the old days, were used as pack animals on the Central Asian trade routes are now used as riding animals in the high deserts. Later drive back to Camp/Hotel. Overnight stay at Camp/Hotel in Nubra.

After breakfast, proceed for Turtuk valley. Turtuk has been opened recently in 2010 for domestic tourists and in 2013 for foreign tourists. This location is just 7kms away from POK. The views and landscapes are exceptional. Return to Nubra in the late afternoon for overnight stay.

After an early breakfast drive for a visit to Pangong Lake. The drive takes you through spectacular, amazing scenery, with breathtaking views of the snow covered Himalayas. The Lake is the highest (4267M) salt-water lake in the world, situated along the India / China border. It is about 130 Km long and 5-6 Km wide. The Chang - chenmo range surrounding it from the north provide a spectacular backdrop to the blue and green expanse of its brackish water. Overnight stay at Camp in Pangong.

Today we proceed to Kargil - location of the Indo-Pakistani border war of 1999, also known as the Kargil War. En route we visit Moon land - the land resembles that of moon, Lamayuru Monastery - one of the largest and oldest gompas in Ladakh, further we proceed to Drass, here we visit Drass War Memorial, also known as Vijay Memorial – built in the memory of the martyr soldiers of the 1999 Kargil War. The museum exhibits army emblems, models of the Himalayan Mountain Range and archives of the documents. The walls have the names of the soldiers who sacrificed their life in the war. In the evening arrival at Kargil

Today we proceed to Leh. En route we visit Alchi Gompa - known for its magnificent and well preserved 11th & 12th century wall paintings, later we visit Patthar Sahib Gurudwara - a beautiful Gurudwara sahib constructed in the memory of Guru Nanak, Magnetic Hill – also known as Gravity Hill where vehicles defy the force of gravity, Sangam of the rivers Indus & Zanskar - two of Himalaya's great rivers; Zanskar and Indus merge to form a spectacular view. In the evening we arrive at Leh.