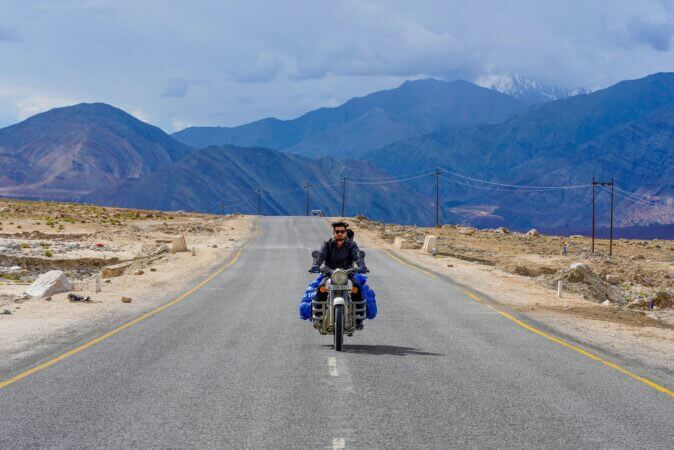 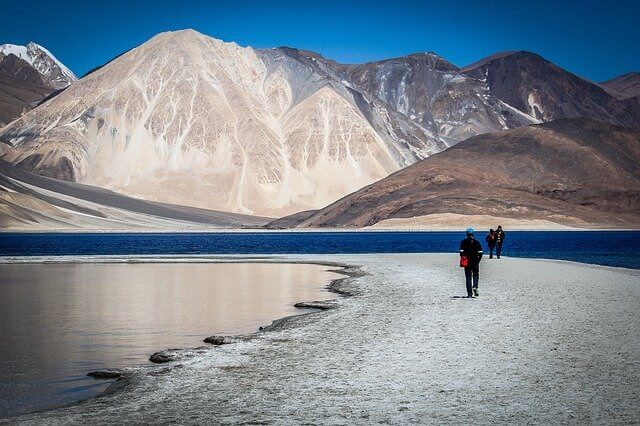 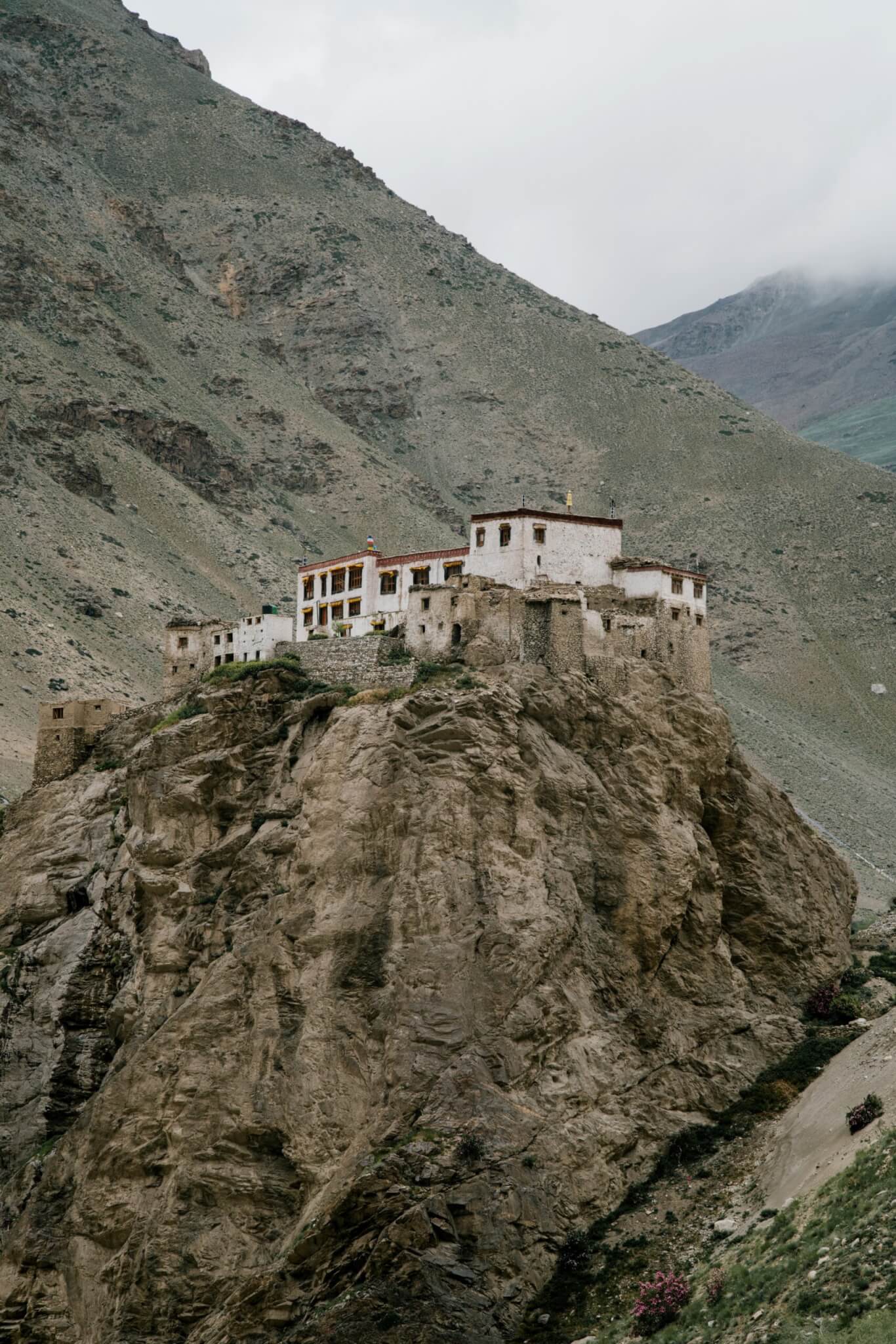 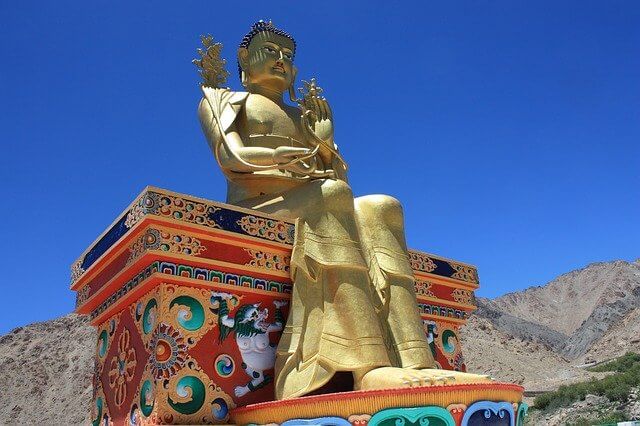 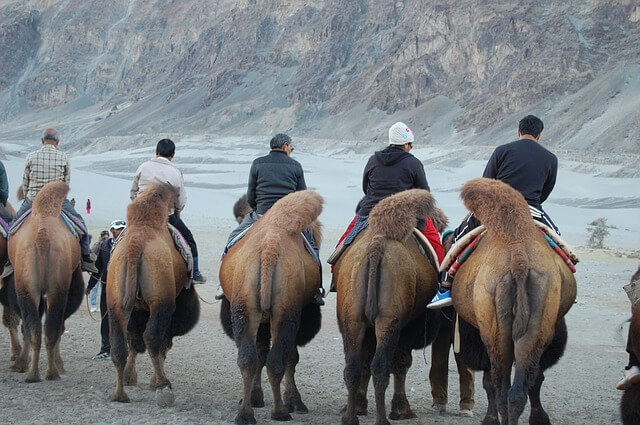 On your Arrive at Leh airport you will be welcomed by our Driver/Representative who will assist and escort you to your waiting vehicle. Upon arrival you will be transferred to your hotel. Full day of rest for acclimatization to the high altitude of Leh (11,500 ft/ 3500 mtrs). Later in evening you can walk through the old town, and local market to allow you to get familiar to this fascinating city. Overnight stay at hotel in Leh.

Today you will drive to visit Hall of Fame, Magnetic Hill, Sangam, Pathar Sahib. As we drive past colourful villages and hillside monasteries make our journey more interesting. Later we will drive back to our hotel in Leh. Dinner and overnight at a hotel in Leh.

Today you will drive to Nubra valley in the morning, driving over the highest motored pass in the world. Unforgettable drive to the top of the world's highest motor able mountain pass Khardungla and recorded in the Guinness Book of World Records, at a height of about 18,300 Ft Enjoy unbelievable but true spectacular views of the Himalayas. We stop at the pass to click some photographs of the fantastic view, before driving down into the Nubra valley. The valley is situated on an old caravan route at the confluence of the Shyok and the Nubra rivers. In Nubra will arrive in late afternoon and transfer to check in pre-book Camp or Hotel. Later drive to visit the charming valley of Deskit – the tiny capital of Nubra. We will visit the Deskit Gompa, perched on a rocky spur above the village, with a commanding view of the entire valley. From Deskit we will drive to Hunder past an area of sand dunes and get acquainted with the famous Bactrian camels. This small population of shaggy double-humped animals, which in the old days, were used as pack animals on the Central Asian trade routes are now used as riding animals in the high deserts. Later drive back to Camp/Hotel. Overnight stay at Camp/Hotel in Nubra.

After an early breakfast drive for a visit to Pangong Lake. The drive takes you through spectacular, amazing scenery, with breathtaking views of the snow covered Himalayas. The Lake is the highest (4267M) salt-water lake in the world, situated along the India / China border. It is about 130 Km long and 5-6 Km wide. The Chang - chenmo range surrounding it from the north provides a spectacular backdrop to the blue and green expanse of its brackish water. Overnight stay at Camp in Pangong.